Famous Bollywood singer Krishnakumar Kunnath is no more with us, popularly known as KK, KK has passed away at the age of 53 due to a heart attack in Kolkata. The singer fell ill while performing at a concert at Nazrul Manch in Kolkata. After which he went to the hotel. He was taken to the Calcutta Medical Research Institute at 10.30 pm, where the doctors narrated the bad news of his death. KK’s demise has created an atmosphere of mourning not only in the entire industry but in India. 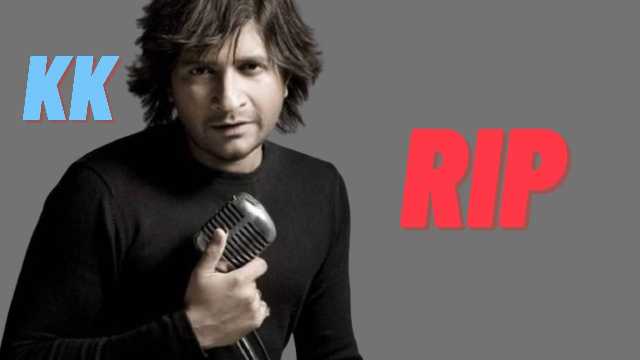 Singer KK’s family has reached the hospital in Kolkata. KK’s post-mortem will be held at SSKM Hospital. Only after this, the situation regarding his death will be clear.

The entire film industry and singers expressed grief on Twitter, Thousands of tweets have come so far. KK was a very good singer, he had many friends in the film Industri, such a sudden departure from the world has shocked the people.

Armaan Malik tweeted, and said, Another shocking thing for all of us. Can’t believe that our KK sir is no more… what is happening. I can’t take it anymore.’

Hearing the news of KK’s demise, Pritam tweeted, ‘Pritam wrote, heard about KK. Please someone tell me this is not true.’

Sharing a picture on social media with KK, Mohit Chauhan wrote, ‘KK… didn’t do it right. It was not your time to leave. It was the last time we were together to announce the Tour. how can you go??? A dear friend, a brother is gone.’